Bjarne D. Frederiksen has a degree in Political Science from Aarhus University in Denmark and has successfully worked for several major international banks and consulting companies. In 1989 Mr. Frederiksen was brought into the company by Mr. Kurt Freiherr Von Gleichen and in 1990 became a co-partner of Frhr.v.Gleich Personalberatung GmbH.

In 2000 Mr. Frederiksen took over as managing director of the company after the resignation of Mr. Kurt Freiherr von Gleichen. Through the founding and partnership with EESP (European Executive Search Partners) the international network of the company was further increased, and this strength can be fully utilized in international searches.

International companies pursuing a future-oriented strategy benefit from our skills. New recruiting standards were written for the company in order to grow competitively and innovatively with an eye towards the future. 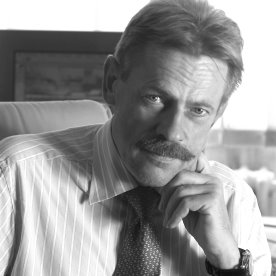